On September 17, Wang Wei, Vice President of Beijing Olympic City Development Association (BODA) met with a six-member delegation led by Mr. Li Yingzhou, Vice President of China-Republic of Korea Friendship Association in BODA. The two sides exchanged views on deep-going cooperation in terms of post-Games use of the Olympic venues in the two Olympic cities, Beijing and Seoul, cultural and sport exchanges and exchanges among teenagers. The meeting was presided over by Wu Jingmi, Secretary General of BODA. Zheng E, Deputy Director of Beijing Municipal Commission of Education, Xiang Ping, Assistant Inspector of Foreign Affairs Office of the People’s Government of Beijing Municipality, Xu Guangshu, Assistant Inspector of Beijing Municipal Bureau of Sports and Han Wen, Vice Secretary General of BODA were present at the meeting.

Wang Wei first extended his warm welcome for Seoul Delegation’s visit to BODA. During the talks, the two sides discussed the cooperation in the following areas: first, build an “Olympic” platform. As Olympic cities and members of the World Union of Olympic Cities, the two proposed to convene an experience exchange meeting for the post-Games use of their Olympic venues, studying ways to give full play to the resources advantages to realize the development of social and economic benefits of the post-Games operations of the venues. Second, build a “cultural” platform. Taking the opportunity of the 20th anniversary for the establishment of sister cities between Beijing and Seoul, through cooperation with related departments, the two sides should hold CEO forum for China- Korea culture and arts, set up culture centers in each other’s city to strength the deep-going exchanges on culture and arts, especially the cultural and creative industry, and build a bridge for the cooperation between the two cities’ enterprises. Third, build a “sports” platform. The two sides should strengthen exchanges on events to increase and expand the exchange visits in the sports circles. Fourth, build a platform for “exchanges among teenagers”. The two sides should strengthen the exchange visits among teenagers, and study the “little ambassador” activity between China and South Korea, to bring fresh energy for the friendship between the Chinese and Korean people; carry out the fitness and health monitoring activity for the primary and secondary school students of the two countries, and develop related exercise standards and fitness plan through comparison and research. 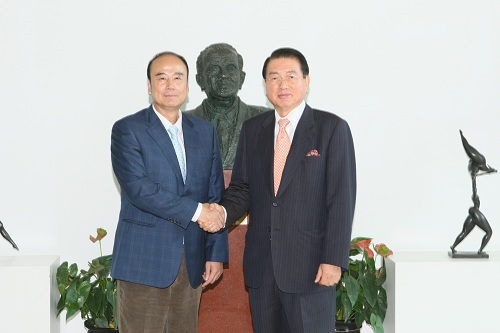 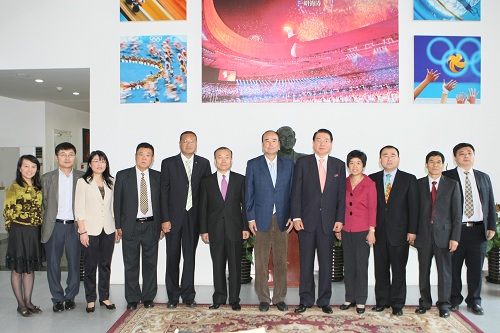