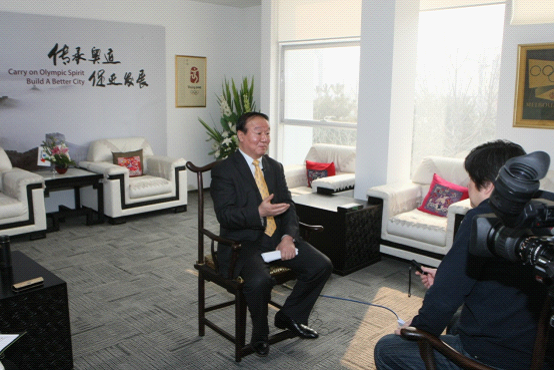 Jiang pointed out that the post-Games use of the venues was put into consideration while bidding for Olympics. Therefore, the requirements of the Games as well as of the masses in entertainment and exercise after the Games were put into the design. In addition, through exploration and innovation, an effective management system supported by the government, run by companies and participated by the society was established which was proved to create both economic and social benefits. In such a way, the precious material wealth left after the Games can keep serving the masses and promote the scientific development of Beijing.

In response to the question of how to propel the development of competitive sports and improve the physical quality of citizens through participating in and holding the Olympics, Jiang stressed that improving the physical fitness of teenagers is of most importance. He said that the “one-hour exercise” must be put into practice in primary and secondary schools, thus laying a sound foundation for building China into a sports power.