Olympic Games held five years ago are incomparable, and leave eternal memories in the heart of every one, as well as make each August the midsummer of general mobilization of national fitness. On August 14, “a triathlon in Olympic City” specially held for fitness amateurs started in the central area of Olympic Park, stirring up another high tide of fashion sports for the Fourth Session of Olympic City Sports Culture Festival of 2013. 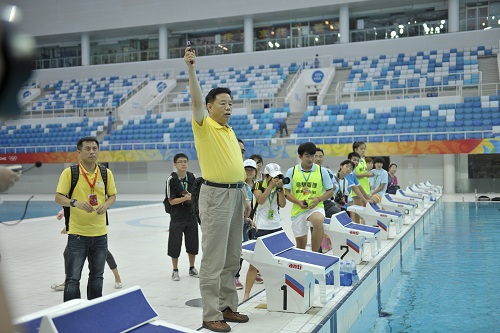 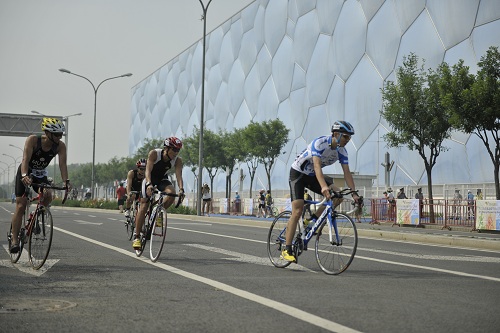 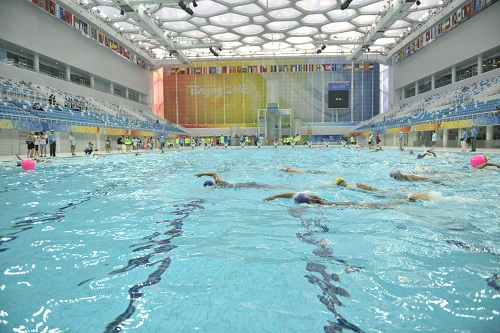 The match set 7 groups according to gender and age. After the starting gun went off, near 200 participants entered “the Water Cube” swimming pool in order to begin the competition of first phase 1500meter swimming events. And thereafter, the participants completed the 20.08 km cycling and 12 km running in the “Bird’s Nest” in succession. After three hours of fierce competition, the champion of each group was awarded. 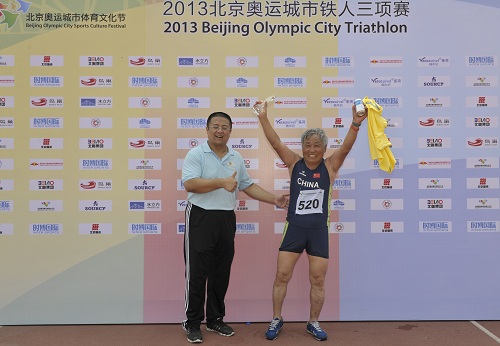 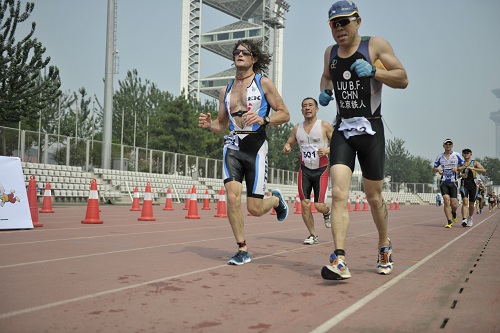 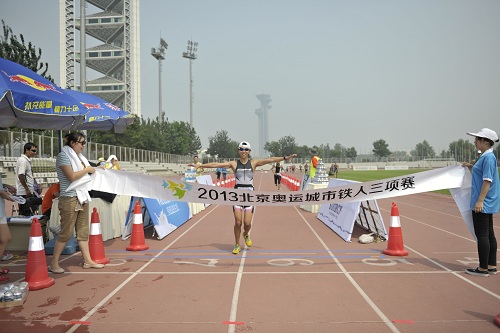 There are three prominent features of this session of city triathlon, one of which is “act according to local conditions and use local materials”. The match fully integrates resources of the Bird’s Nest, Water Cube and Olympic Park for the first time, initiates the linkage pattern of Beijing Olympic athletics and aquatics stadiums, creates a public physical training brand combining sports and travelling and with the Olympic characteristic of “Olympic City amateur triathlon”; the second is “available to the public and fun fitness”. Organizers neither charge participants, nor reject players with no experience, in the way of which to give common people more chances to enjoy the happiness and charm of doing sports in Olympic venues and to benefit more common people with Olympic achievements; the last is “carry on Olympic spirit, and longterm planning”. As a innovate public fitness activity, this match dynamically combines Olympic venue travelling and public fitness to provide a brand new experience mode of “deep travelling” for citizens and tourists, create games in the regular season and month and other forms, and provide experience for building brand items city sports culture.