On September 22nd, as the milestone marking 500 days until the Olympic Winter Games Beijing 2022 begin has come, the 11th Beijing Olympic City Sports Culture Festival officially kicked off in the Dedication Square of the Olympic Forest Park at the starting whistle of the "Winter Olympics Distance 2022" Fitness Walking & Running Campaign. 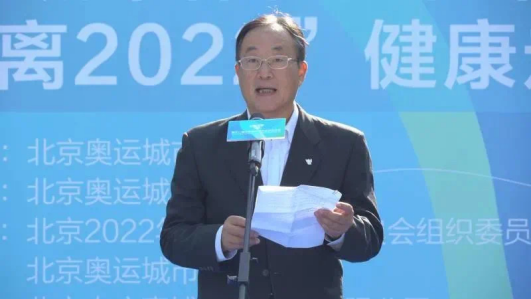 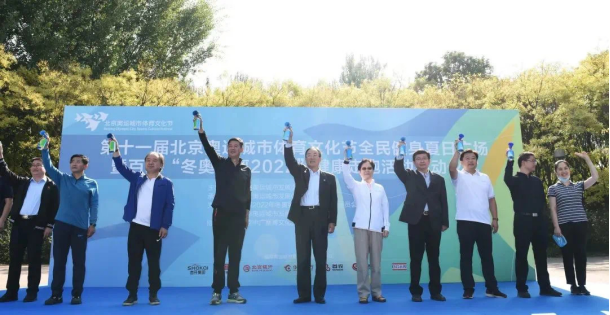 Mr. Liu Jingmin stated in his speech that the sports culture festival was postponed due to the pandemic prevention and control measures, and the festival will innovatively combine online and offline events with content that is more diverse than ever before. In the next three months, 100 "Winter Olympics Distance 2022" Fitness Walking & Running activities, "Happy Winter" Ice and Snow Aerobics, "Wisdom Winter Olympics" Online Quiz, Home Fitness Challenge Contest, International Emerging Sports Promotion, Juvenile Ice and Snow Welfare Class and many other activities will be held.

Ms. Yuan Yinghui was invited to participate in the ceremony to read the proposal. She has participated in preparations for the Beijing 2008 Summer Olympics and will participate in the preparations for the Beijing 2022 Winter Olympics. She is also an avid and experienced runner. She initiated a running and fitness proposal to citizens who love running, and hoped they could attend the walking and running activities to promote the Olympic spirit, contribute to the promotion of national fitness, and demonstrate the vibrant side of Beijing residents. 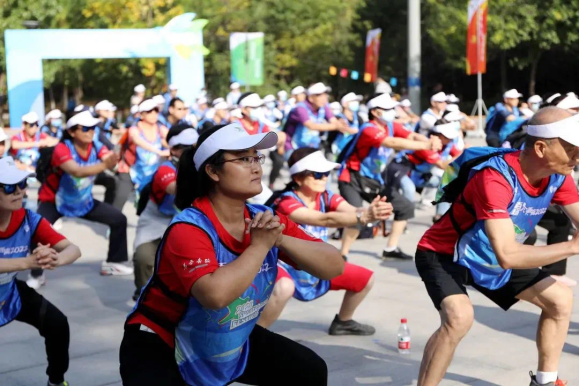 During the pandemic prevention and control period, enterprises and institutions from all sectors vigorously promoted national fitness activities through various forms, and many sports and cultural activities combing Internet models with innovative sports thinking had emerged. At the launching ceremony, the title of "Popular Online Sports and Cultural Activities" was awarded by BODA to five representative sports activities – the "Ping Pong at Wo" Challenge organized by China Unicom, the "2020 Beijing Xicheng Beijing-Tianjin-Hebei Joint Celebration of the 5th Anniversary of the Successful Winter Olympics Bidding" by Beijing Xicheng District Ice Hemisphere Association, the "Online Ice Hockey Skills Show Competition" by the Beijing Ice Hockey Association, the "Beijing Elementary and Middle School Students Online Fun Games" by the Energetic Youth Column of Educational TV Station, and the "Healthy Beijing-Central Axis Pacemaker" cum "Running along Central Axis-Passing through the Ages" Online Cloud Running by Beijing China Cultural Tourism and Creativity Co., Ltd. 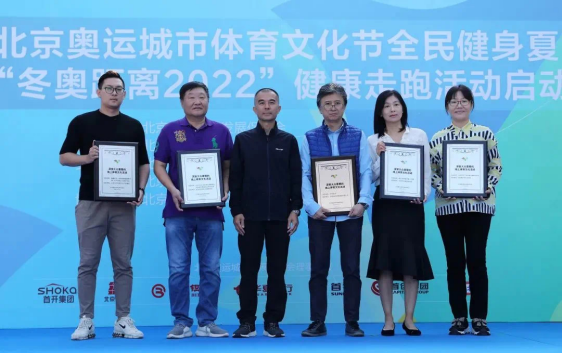 This sports culture festival started with the "Winter Olympic Distance 2022" Fitness Walking and Running activity, which is also the first one of the 100 walking & running activities. The Fitness Walking & Running Campaign begins on September 22nd this year and will end at the end of 2021, comprising 100 activities with the City Pass App as the online platform. The campaign consists of two parts: "Cloud Route Activities" and "Themed Route Activities". The public can participate both in the Cloud Route Activities of completing a cumulative walking & running distance of 20.22 kilometers with no restrictions on time and place, and in the Themed Route Activities of exploring Olympic sports culture. The public are encouraged to walk and run a total of 2,022 kilometers within 500 days by participating in these activities to embrace the upcoming Beijing Winter Olympics. 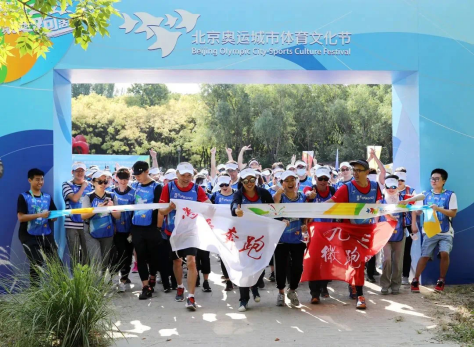 Hosting the 11th Beijing Olympic City Sports Culture Festival is a specific measure to advocate the concept of national fitness, showcase the capital’s urban image, and promote the dissemination of Olympic culture. It will empower the post-pandemic recovery of the sports industry, aid preparations for the Beijing Winter Olympics, and facilitate the vigorous development of national fitness.