In the morning of June 10, the Closing Ceremony of “Premier Skills” PE Teacher Training Activity of Beijing Primary and Secondary School Campus Football Game in 2011 was held at the Football Stadium of National Olympic Sports Center. 40 PE teachers delivered their knowledge they learnt in the training courses to dozens of student football lovers from primary schools in the form of “onsite learning – demonstrating - practicing”, and presented a one-hour performance with them. 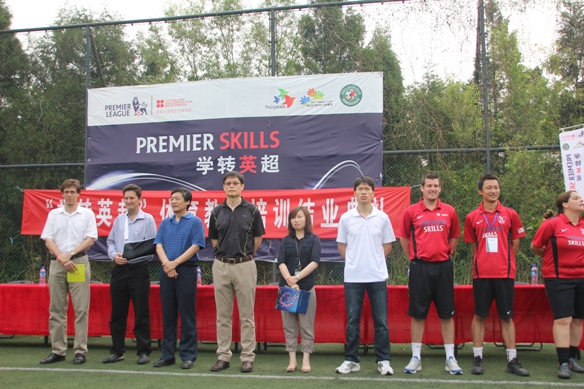 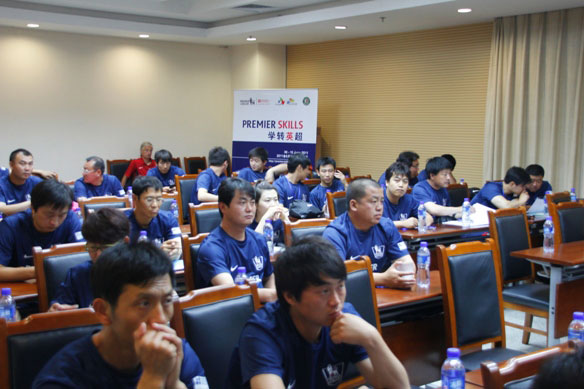 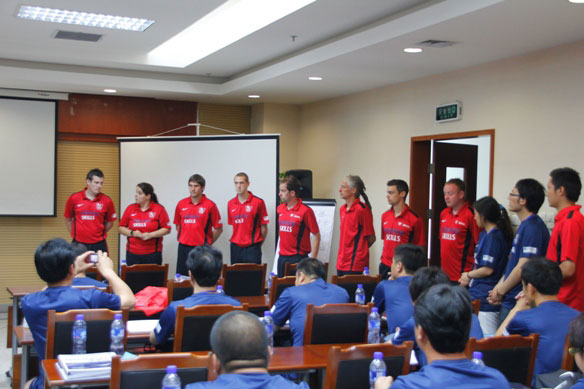 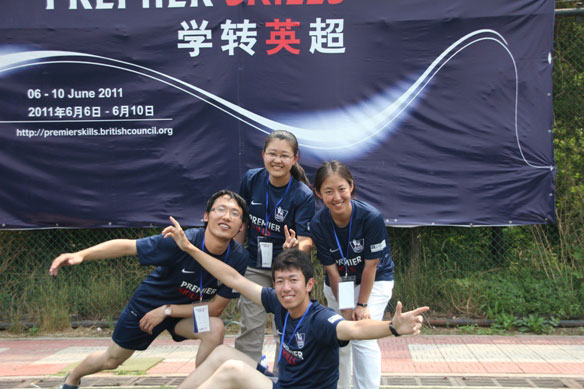 This “Premier Skills” activity in Beijing was co-hosted by Beijing Olympic City Development Association (BODA), Beijing Municipal Commission of Education, Beijing Municipal Bureau of Sports and Cultural and Education Section British Embassy. BODA has served as a co-host of the “Premier Skills” activity for two times and it will be held once every coming year.

Zhao Wei, Vice Director of BODA, Zhang Meng, Education Promotion Assistant Director of Cultural and Education Section British Embassy and Paul Hughes, Project Manager at Reading Football Club attended the closing ceremony and presented a completion certificate to each of the trainees. Paul expressed his satisfaction with the performance of Chinese trainees in this training, and he “hoped that the trainees could bring the football skills and concepts they learnt in this training back to their communities and schools by word of mouth, to drive the development of China’s football with the help of professional coaches.” Zhao Nan, a trainee teacher from Beijing Golden Cradle Primary School said the best thing she learnt  was that she knew about some new teaching concepts, improved her teaching ability, and she was deeply impressed by the guide and questions based teaching method in the training. “The coach encouraged us to ask questions and make mistakes so that we could know what is right.”

The “Premier Skills” activity is an international project co-developed by Premier League and British Council, dedicating to developing and improving the physical education and English teaching of schools, allowing education authorities to realize the overall development of students by virtue of football activities. At present, over 1,000 coaches in 15 countries worldwide have received the training and nearly 300 thousand people have benefited from it. In 2009, “Premier Skills” activity was launched in China’s four major cities – Beijing, Shanghai, Dalian and Hong Kong.