Wukesong Sports Centre, the site for Shougang Big Air Venue and the office area of Beijing 2022 Organising Committee in Shougang Industrial Park. Following the visit, he spoke highly of the preparations for the Olympic and Paralympic Winter Games Beijing 2022, and praised China's plans to popularise winter sports through the preparation for the Games and the efforts of the Beijing 2022 Organising Committee in implementing the concept of sustainable development. 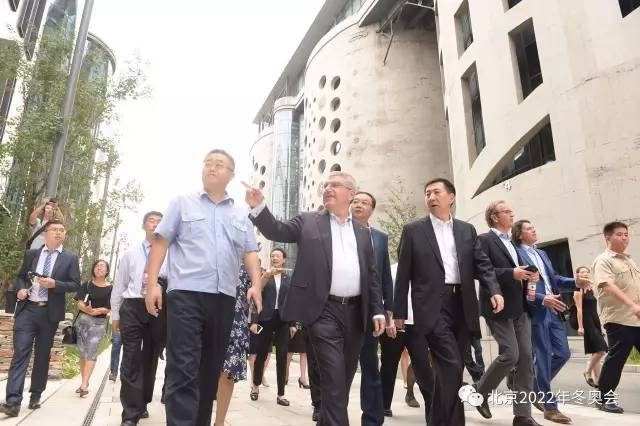 At Wukesong Sports Centre, Bach learned about the details of its biggest highlight: the basketball-ice hockey switch mechanism. As an important legacy of the Beijing 2008 Olympic Games, the possibility to serve as a venue for professional ice hockey competitions was taken into consideration when the sports centre was designed in 2006. Currently, the conditions required for holding high-level ice hockey competitions are already available. Learning that the switch between a basketball court and an ice hockey rink can be completed within six hours, President Bach who thought the switch would take a whole night said "it is great".

At the site for the Big Air Venue, Bach showed strong interest in the project scheme. If the scheme is approved by the IOC, the venue and the facilities in its surrounding areas will be fully used after Beijing 2022. After the scheme is confirmed, major domestic and international Big Air events will take place here regularly, and the venue will serve as a training site for professional athletes and teams, and an iconic Winter Olympic attraction open to the public as well as a venue for public leisure and fitness. Besides, the training base of the Winter Sports Administrative Centre of the General Administration of Sport of China near the venue will be used by the Chinese national teams.

Following his visit to the Shougang office area, Bach said the office area of Beijing 2022 Organising Committee revitalised the industrial relics, the protective renovation of Shougang Industrial Park is a great idea, it is an exciting practice to turn old plants, blast furnaces and other industrial structures into sports and leisure facilities, and they also serve as a museum to remind people of the old Shougang, Beijing and a period in Chinese history. This concept is leading in the world and sets a good example to the world, he added.

Bach's visit to China run for three days from August 25. He had visited Alibaba Group in advance and would attend the Opening Ceremony of China's 13th National Games in Tianjin on August 27. 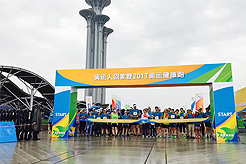 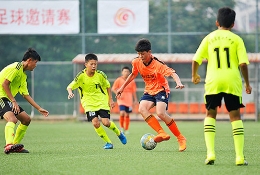